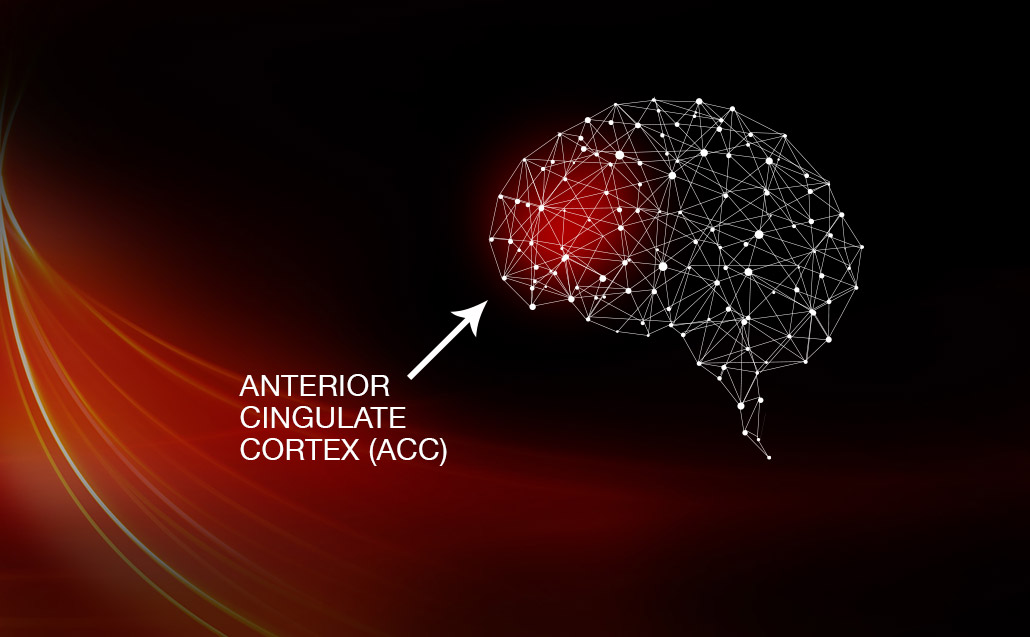 The Audio-Based Brain Endurance Training is perfect for exercises where you can’t look at, or interact with your phone. Simply leave your phone in your pocket and train as you would normally. Use earbuds and the Brain Training Buttons to interact with the cognitive task. This will add mental stress to your workout so you train under mentally fatigued conditions, pushing your mental toughness and athletic performance to new levels.

First established in the landmark 2009 study, brain endurance training (BET) has been shown in fMRI brain scans and numerous peer-reviewed studies to improve athletic performance by targeting the part of the brain responsible for managing fatigue, decision making and the suppression of undesirable impulses aka will power.

Research done in 2015 by Rewire’s scientific advisor, Walter Staiano showed that brain training is highly effective in improving endurance performance when combined with traditional physical training. Those in the brain-training group had a 3x improvement in time to exhaustion (TTE) than the control group (+126% compared to +42%) over a 12 week training period.

In order to measure your performance, the Rewire system records all of the traditional physiological metrics such as average heart rate, average and normalized power, intensity factor (IF), training stress score (TSS), cadence, interval time and total workout time. Additionally, the system also tracks your mental performance including response time, accuracy, RPE, session RPE, and a proprietary metric called your perception gap. Your Perception Gap is the difference between your self-rated RPE (how hard you think you worked) compared with your expected RPE based on how hard you actually worked under the conditions of mental fatigue, using data from the power meter and heart rate monitor. By measuring the difference between your perception vs. your actual physical performance the Rewire system establishes a methodology whereby you can measure your mental performance over time. The goal is to reduce the gap in your perception when training or competing under mentally fatiguing situations so that your mind is not a limiter to achieving your true athletic potential. 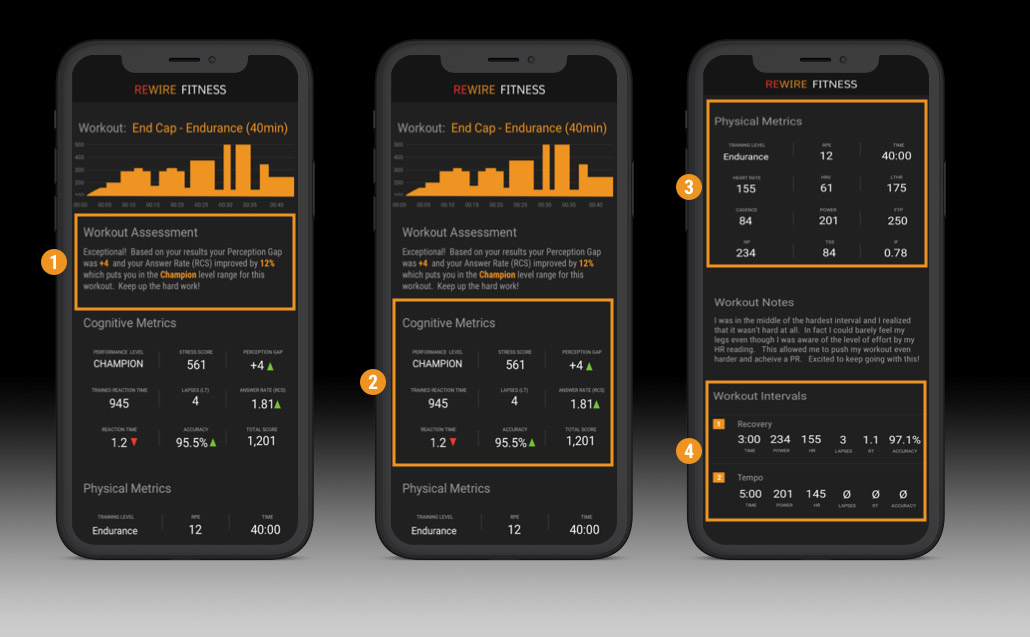 Your brain training workout assessment is an overall measure of your performance while under increased mental fatigue.   Pay close attention to your Perception Gap score as this will be the strongest indicator of adaptation to mental load.  Positive perception gap numbers show a strong mental resilience to cognitive fatigue whereas negative numbers show a gap in your perception.  Additionally, your Answer Rate (RSC) is a  cognitive measure that tracks your ability to maintain focus during the cognitive task questions i.e. it’s a calculation that tracks your accuracy compared to your reaction time.  Your performance level is a qualitative rating that is based on your perception gap score e.g. “Champion Level range” for this workout.

Your cognitive metrics are focused on your overall mental performance during the cognitive task portions of the workout.   The following is a breakdown of each of the metrics.   Pay close attention to the number of Lapses, Accuracy, and Trained Reaction Time as they are good indicators of your current level of cognitive performance.

Your physical metrics are focused on your overall physical effort during the workout.   The following is a breakdown of each of the metrics tracked.   Pay close attention to your session RPE (sRPE) and RPE compared your power metrics as this will give you a good sense as to your perception vs. the actual level of physical effort for this workout.

The intervals section of your workout metrics screen is a great way to review both your cognitive and physical performance for each interval of the workout and includes the following:

The custom workout builder allows you to build a personalised session including Brain Endurance Training:

Scroll to top
We're sorry to see you go! If there's anything we can do to help, please email us at [email protected]