In recent decades, the application and development of science in sports has boomed. Elite teams and athletes have sports scientists working with them to push limits further than ever before.

Perhaps one of the most interesting recent examples of this is the concept of marginal gains, an idea championed by Sir Dave Brailsford, former Performance Director of British Cycling and GM of Team Ineos. Marginal gains is the concept that it is possible to increase performance by 1% in many specific areas and these tiny improvements add up to create significant overall improvement. This philosophy aided in the incredible development of Team GB’s cycling team, changing them from a laughing stock to a thriving team that won 16 Gold medals across Beijing 2008 and London 2012.

Brailsford made changes across a wide array of areas previously thought unimportant in order to create these marginal gains. This included the team bus layout, introduction of antibacterial hand gel to reduce infection and illness and adaptations to the warm-up. These marginal gains accumulated and the significant improvement was indicated by the medal haul.

However, one seemingly neglected area of sports science so far has been cognitive training, despite how important mental toughness is perceived to be in sports. We are forever bombarded by quotes expanding on the idea of ‘mind over matter’ but little is done to actually train the mind. We need to train the mind to be more resilient to the mental fatigue that we will inevitably face in competition to improve decision making, reduce our perception of effort and enhance positive thinking and motivation.

Some athletes have already started on a journey of cognitive training. Tom Brady has used brain training to sharpen his mind, relax his brain post-game and to improve his sleep. He also uses it to build resilience to protect against future concussions.

Cognitive tasks like a Go/NoGo task can help athletes like Brady, who are tested under extreme pressure,to make smart split-second decisions. This has been shown in a study with fencers that showed that they had better reaction times in discriminative tests but not in simple reaction tests (Di Russo et al., 2006). This demonstrates that they have the ability to make good decisions consistently under pressure.

Response inhibition tasks like the Stroop task can help to train our mental endurance and tolerance to mental fatigue. Mental Fatigue has been shown to significantly reduce endurance performance through an increase in RPE (Marcora et al., 2009). By performing cognitive training we can increase our tolerance to mental fatigue, reducing its negative effect. In fact, using Brain Endurance Training over a 12-week programme was shown to yield 3x the improvement in athletic performance in a time-to-exhaustion trial (Staiano et al., 2015).

Cognitive training creates huge improvements in performance. Its lack of adoption so far is somewhat nice to know as it shows that there are still boundaries to break in sport and I’m sure with adoption we will see records being broken even further. It also allows the introduction of new metrics. An objective mental stress test, yielding a mental stress score, will be able to assist with athlete monitoring above and beyond current subjective measures. Perception gap, a new metric that is part of the Rewire system, is a measure of the difference between Self-Rated RPE and objective work output with data from heart rate monitors and power meters. By tracking this you can measure your mental performance over time. The goal is to reduce the perception gap when under mentally fatiguing situations so that your mind is not a limiter to achieving your true athletic potential.

If we thought marginal gains were squeezing the last bit out of human performance, we were wrong. 10 years of science has already shown that cognitive training has the potential to yield huge improvements in athletic performance.

Buckle up and get ready for the next wave of athletes to break records and achieve new heights in athletic performance powered by new brain training solutions hitting the market over the coming years.

JOIN OUR COMMUNITY FOR FREE 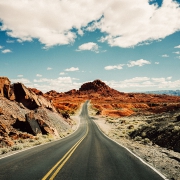 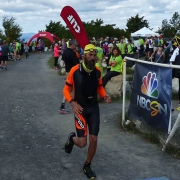 Podcast #2 - Diving into Rewire with CEO and Co-Founder, Sun Sachs

The High-Pressure Lifestyle of an Elite Athlete and the Techniques used to Combat...
Scroll to top
Rewire Teams Platform