Does talking to yourself really help increase your performance? Yes! According to numerous studies, including this one from 2013, using self-talk significantly reduced an athlete’s rating of perceived exertion (RPE) – essentially how hard you feel you are working. This in turn led to a significant increase in time to exhaustion (TTE) meaning that the athletes could continue to work at the same intensity for longer (Blanchfield et al., 2013). In essence this means that by using self-talk techniques, you can increase your performance in endurance activities (or at least make it feel easier!).

So how can you use self-talk effectively to improve your performance? Pick four mantras, either from the list (below) or ones that you have created yourself. They need to be meaningful to you, so take your time to think about which resonate with you the most.

Pick another two for the late stages of the race or training session suited for times when you can feel the lactic acid moving round in your legs and all you need to do is keep pushing and take your mind off the immense pain. Kline, the former World Duathlon Champion, says: “I might start a race with a mantra in my head ‘Calm and focused.’ And then I’ll reach a point where there’s going to be a lot of climbing and I’ll say ‘Consistent climbing’ over and over in my head. Then I’ll get to a point in the race where it’s go time… I’ll say ‘Bring it home’.”

The mantras that you have picked should be meaningful enough to you that you can remember them without any problem. However, you might wish to have an extra reminder. Write them on your hands or fingers if you need, or even engrave them onto the handlebars of your bike. The good news is with the Rewire system you can program your personal mantras right into the training app and they will appear during the most challenging points in your workout automatically. Throughout exercise use the phrases as and when you need, repeating them over and over, taking your mind off the pain.

By using these mantras, your perception of how hard you are working will be lower and this will allow you to push yourself beyond the previous limit set by psychological factors, thus enhancing your endurance performance.

After a few sessions you will have become accustomed to using self-talk and will likely have naturally selected the mantra which fits the best for each part of the race, those being the ones that you repeat the most since they mean the most to you.

“Talking Yourself Out of Exhaustion: The Effects of Self-talk on Endurance Performance”
by Blanchfield AW, Hardy J, De Morree HM, Staiano W, Marcora SM
Medicine and Science in Sports and Exercise, 2013 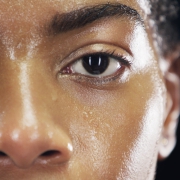 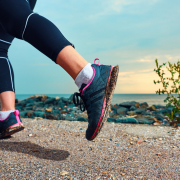 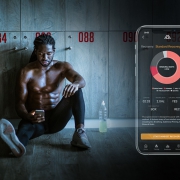 The Importance of Cognitive Recovery for Athletic Performance 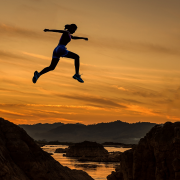 5 Tools to Shift Your Mindset to Live Your Potential

The Science Behind Mental Toughness
Scroll to top
We're sorry to see you go! If there's anything we can do to help, please email us at [email protected]