In sports training, rating of perceived exertion aka RPE is used as an internal assessment for training load during training and competition. The original scale was invented by Stockholm professor of Psychophysics, Gunnar Borg in 1966. Since its invention the RPE scale has been established as the gold standard for self-assessment in the sports world as well as in many other arenas with variations of the scale used by medical doctors and clinicians for assessing things like level of physical pain a patient is experiencing, etc.

Not all scales are created equally.

The two primary scales invented by Borg are the “Borg Ratings of Perceived Exertion (RPE) ” and the “CR10 scale”. The RPE scale is a 15 point scale from 6-20 used to assess the perception of effort where as the CR10 is a 10 point scale from 1-10 primarily used to assess pain and discomfort. Athletes often mistakenly use the CR10 scale but the science has shown that the best one to use is this RPE scale below.

Fun Fact: RPE 15 point scale from 6-20 seems a bit odd except for the fact that it was originally modeled after heart rate from 60 bpm to 200 bpm.

How to Use the RPE Scale

Either while exercising or immediately afterwards rate your perception of exertion based on this 15 point scale.


As Borg writes in his book Borg’s Perceived Exertion and Pain Scales by Gunnar Borg:

“Try to appraise your feeling of exertion as honestly as possible, without thinking about what the actual load is. Don’t underestimate it, but don’t over estimate it either. It’s your own feeling of effort and exertion that’s important, not how it compares to other people’s. What other people think is not important either. Look at the scale and the expressions and then give a number.”

Some Additional Context on Levels

9 – corresponds to “very light” exercise. For a normal, healthy person it is like walking slowly at his or her own pace for some minutes

13 – on the scale is “somewhat hard” exercise, but it still feels OK to continue

17 – “very hard” is very strenuous. A healthy person can still go on, but he or she really has to push him- or herself. It feels very heavy, and the person is very tired

Pro Tip: Some RPE scales out on the internet will have strange things like additional numbers on the scale in fractions e.g. “7.5 – Extremely light”. These are bogus or manipulated scales. Also remember that the 10 point scale was designed for pain assessment and is not the same thing as the 15 point RPE scale which was designed for athletes and coaches to assess physical intensity in training and competition. Use the one above which is backed by over 50 years of science.

So the next time you are out training and your smart device dies….try using your own internal gadget as a backup 😉

Read More About the Accuracy of RPE 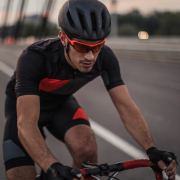 Do you need all your gadgets? The relationship between RPE and other training load metrics

Do you need all your gadgets? The relationship between RPE and other training... Scroll to top
Rewire Teams Platform