In the 2018 US Open, Osaka defeated Serena Williams, a top American professional tennis player, and won her first slam title. Osaka has stated that she suffered bouts of depression since the win and talking to the media triggered her social anxiety. Because she skipped the press conference after her first-round victory, the tennis star was fined $15.000 and was threatened with tournament suspension. In response, Osaka tweeted that “anger is a lack of understanding [and] change makes people uncomfortable.”

However, athletes have continuously shown their support for Osaka and her mental health journey. Back in 2021, Czech and American former professional tennis player and coach, Martina Navratilova, tweeted in response to Osaka’s withdrawal, stating that athletes are taught to take care of their bodies and “the mental and emotional aspect gets short shrift”.

In May 2022, Osaka decided to speak up about her mental health journey and shared with FOX Business that “after speaking up, [her] view on expressing the need for a break or space or help really changed”. She described the feeling as freeing, that it provided a “sense of relief”, and “the outpouring from others about their own struggles made [her] feel less alone”.

A new partnership with Modern Health, a global mental health benefit solution, has given Osaka the platform and reach to assist in the battle of removing the stigma surrounding mental health and increase the availability and accessibility of mental health services.

“Together, we seek to support people on their journeys through a world in constant flux.” – Modern Health Community

Osaka has expressed that, anyone struggling with mental health, should find resources and ask for help; “you won’t ever regret it“.

The Vice President of Mental Health and Wellness for the Women’s Tennis Association, Becky Ahlgren Bedics, said, “Anytime an athlete shares their vulnerability and their authenticity, it’s going to affect other athletes in that sport. There’s a relatability.” She stated that she wasn’t sure if it could be attributed to one particular person or event, but it certainly “makes other folks sit up and notice”.

“I guess what I’m trying to say is I’m gonna celebrate myself and my accomplishment more. I think we all should.” – Naomi Osaka 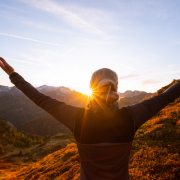 Mental Health: Is the Narrative Changing? 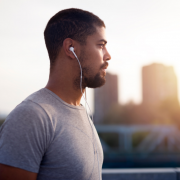 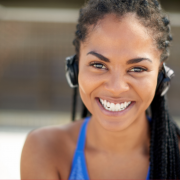 Mental Health: Is the Narrative Changing?

Best Practices to Win the Morning: 3 Steps to Master Your Morning Routine
Scroll to top
We're sorry to see you go! If there's anything we can do to help, please email us at [email protected]